The Obama administration is repeatedly denying that calls content is being recorded, as recently as today:

McDonough said Congress authorized the programs as a way to thwart plots against Americans and that lawmakers should stay up to date on how they are run. The administration has said the program collected only "metadata" - raw information that does not identify individual telephone subscribers and did not monitor calls.

This clearly contradicts other reports in Washington Post and CNET. Today, Barton Gellman released more about the specific programs in the Washington Post:

Two of the four collection programs, one each for telephony and the Internet, process trillions of “metadata” records for storage and analysis in systems called MAINWAY and MARINA, respectively. Metadata includes highly revealing information about the times, places, devices and participants in electronic communication, but not its contents. The bulk collection of telephone call records from Verizon Business Services, disclosed this month by the British newspaper the Guardian, is one source of raw intelligence for MAINWAY.

The other two types of collection, which operate on a much smaller scale, are aimed at content. One of them intercepts telephone calls and routes the spoken words to a system called ­NUCLEON. For Internet content, the most important source collection is the PRISM project reported on June 6 by The Washington Post and the Guardian.

It appears the four systems are the following: MAINWAY and MARINA for call metadata and Internet metadata; NUCLEON and PRISM are for the call content and Internet content.
CNET revealed yesterday that members of Congress have come out confirming that call content is accessible without court authorization:

The National Security Agency has acknowledged in a new classified briefing that it does not need court authorization to listen to domestic phone calls, a participant said.

Rep. Jerrold Nadler, a New York Democrat, disclosed on Thursday that during a secret briefing to members of Congress, he was told that the contents of a phone call could be accessed "simply based on an analyst deciding that."

If the NSA wants "to listen to the phone," an analyst's decision is sufficient, without any other legal authorization required, Nadler said he learned. "I was rather startled," said Nadler, an attorney and congressman who serves on the House Judiciary committee.

Not only does this disclosure shed more light on how the NSA's formidable eavesdropping apparatus works domestically, it also suggests the Justice Department has secretly interpreted federal surveillance law to permit thousands of low-ranking analysts to eavesdrop on phone calls.

It remains surprising that the Obama administration's talking points have not changed in the face of these new reports. There has been little reaction thus far to the revelations from Washington Post and CNET above, and if we don't start hearing something different, it is going to seriously undermine the credibility of the most powerful office of government in the country — one I voted for and one I want to believe in.
EDIT: It appears NSA whistleblowers believe that Congress and the Obama Administration are literally being told techno-babble. This would not surprise me at all.

Q: Do you think President Obama fully knows and understands what the NSA is doing?

Binney: No. I mean, it's obvious. I mean, the Congress doesn't either. I mean, they are all being told what I call techno-babble ... and they (lawmakers) don't really don't understand what the NSA does and how it operates. Even when they get briefings, they still don't understand.

Radack: Even for people in the know, I feel like Congress is being misled.

Radack: I call it perjury. 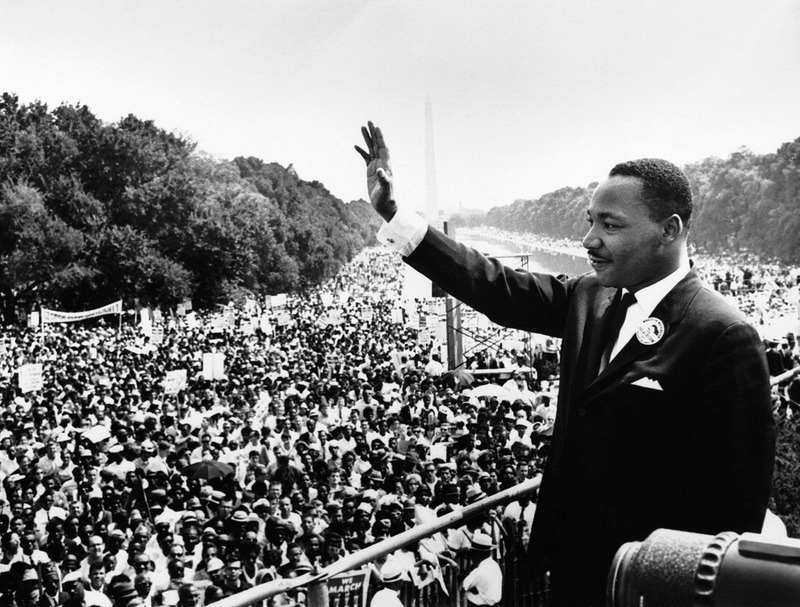 Chris Hayes of MSNBC reminds us that the good guys and bad guys of history are not entirely clear as they're happening.  Heather Parton of digsby blog passes along a transcript of his recent speech:

(AUDIO) The trouble with king is everybody thinks he's our boy. King is so hot these days it's like Marx coming to the white house.

He admitted later he asked the FBI to make an intensive investigation of Martin Luther King. And that on October 10th, 1963, he personally authorized the FBI to begin wiretapping King's phones. The Kennedys were most certainly not alone in these attitudes toward Dr. King in the 1960s, much of the security apparatus of the cold war American state was obsessed with the idea that the civil rights movement was infiltrated by communists, and working to tear down U.S. society from the inside. And no single person captured the fear and paranoia of the security apparatus more than Dr. Martin Luther King.
So faced with what they perceived as a threat, the security state did what all security states do when faced with a perceived threat. They surveilled Dr. King around the clock. They stalked his every move, broke into and bugged his office. They bugged his hotel rooms and they tapped into his phones. The FBI and Jay Edgar Hoover were obsessed with ruining Dr. Martin Luther King Jr.
In 1964, after Hoover called King the most "notorious liar in the country" in a press conference, a package was sent to King in the mail, a package the House select committee ultimately traced back to the FBI. Inside this package, one of the most remarkable artifacts in American history was an anonymous letter addressed to Martin Luther King and a copy of an electronic surveillance tape apparently to lend credence to threats of exposure of derogatory personal information made in the letter. We don't know to this day for sure what was on that tape. The heavy speculation throughout the years it was of personal and sexual nature recorded by a device planted in Dr. King's hotel room.
The letter that came with the tape read in part, "you know you are complete fraud and a great liability to all of us negroes. The American public will know you for what you are, an evil abnormal beast. King, there is only one thing left for you to do. You know what it is. You are done. There is but one way out for you. You better take it before your filthy, abnormal fraudulent self is bared to the nation." The committee considered it highly likely that Director Hoover had before the fact knowledge of the action.
So that's a letter encouraging Dr. Martin Luther King Jr. to kill himself, sent to King from the FBI. This happened in American history.

As the PRISM / NSA surveillance debate rages on (traitor vs patriot), we should keep this in the back of our minds. There's plenty of examples of history where those who were right were vilified by those in power, and then crucified.  So history repeats, and already, powers within the government have mobilized a set of talking points to ad hominem discredit the messenger.
The full read is here, and very worthwhile. We are at a point where those who understand technology can educate those who don't, and help them understand what we're really getting into. It's going to take the awareness of the full populace to shift us away from a world of mass surveillance.
Related: The Edward Snowden Pardon petition on whitehouse.gov is at 77,196 -- only 22,804 signatures more and the Whitehouse will be forced to respond. You can sign it here. 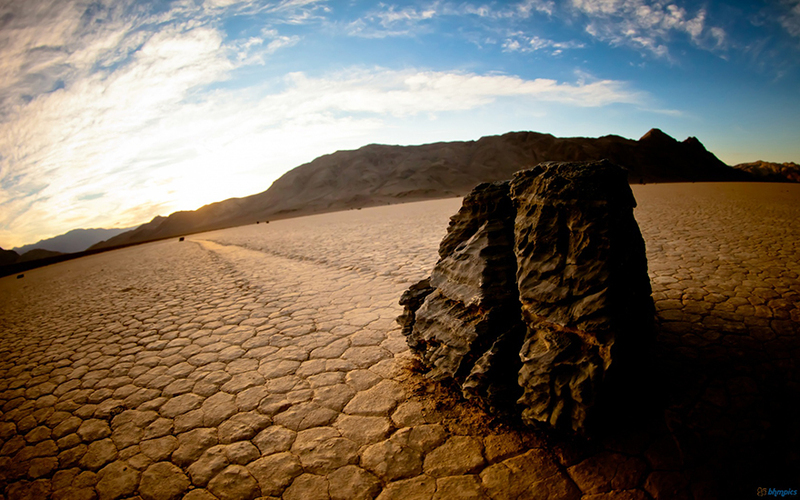 Lorenz, studying the trails left by the stones, observed that one rock had collided against another and been deflected. "There was a rock trail and it looked like it hit another rock and bounced, but the trail didn't go all the way up to other the rock, like it was repelled somehow,"Lorenz told Smithsonian Magazine. In other words, there was some kind of force-field-like barrier around each rock that prevented total contact.

What would spontaneously form a barrier around a rock, then later disappear? Lorenz realized that as moisture levels changed with the seasons, a collar of ice could form around the rock. With the rest of the lakebed covered in a thin, cold-but-not-frozen sheet of water, this ice collar would enable the rock it encased to float—slightly. It would lift it to the top of the water, but the rock's bottom, the part that was resting directly on the ground, would not have ice on it. Wind could then blow the rock across the water, and the bottom of the rock would dig a furrow into the lakebed. Later the ice and water would melt and recede. 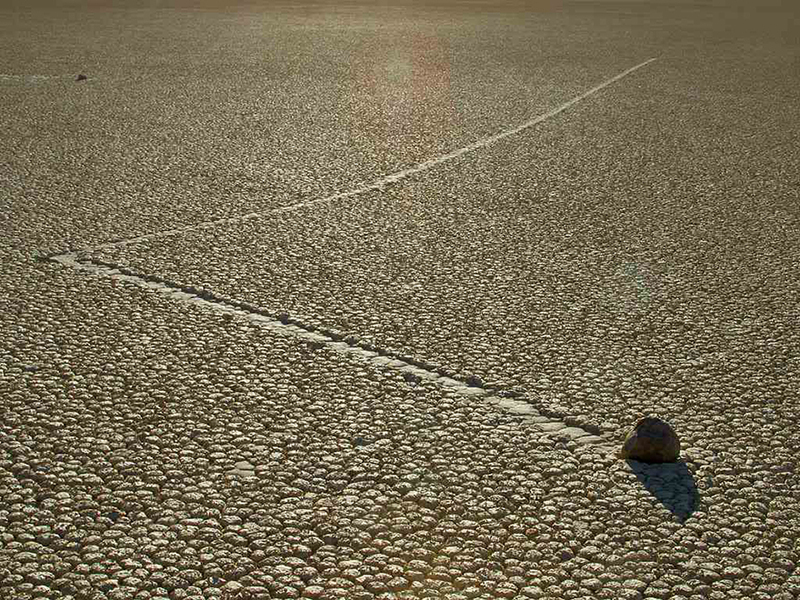 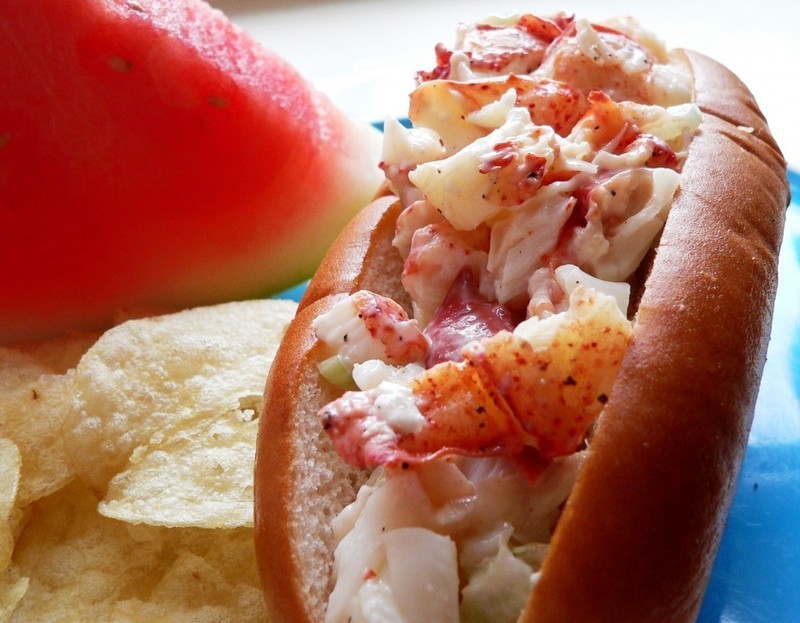 If today’s lobster wears a top hat and an opera cape, 80 years ago he was wearing overalls and picking up your garbage. Lobster is a self-made creature, and quite the social climber.

Lobsters were so abundant in the early days—residents in the Massachusetts Bay Colony found they washed up on the beach in two-foot-high piles—that people thought of them as trash food. It was fit only for the poor and served to servants or prisoners. In 1622, the governor of Plymouth Plantation, William Bradford, was embarrassed to admit to newly arrived colonists that the only food they “could presente their friends with was a lobster … without bread or anyhting else but a cupp of fair water” (original spelling preserved). Later, rumor has it, some in Massachusetts revolted and the colony was forced to sign contracts promising that indentured servants wouldn’t be fed lobster more than three times a week.

It was so from the 1600's until the 20th century. This is astonishing to modern sensibilities— how is it that lobster, which we consider to be quite the fancy thing to eat, transform into what it is today? Well, thanks to railroad service starting in the 1880's, chefs discovered they could cook it live, and that people far away from Massachusetts did not have the same class-based aversion to the food.

This is what happened to Pabst Blue Ribbon, which went from a working-class Midwestern beer to Brooklyn’s preferred Hipster beverage. It’s also what happened to Marlboro, a poorly selling women’s cigarette (“Mild as May”) before being rebranded to appeal to men. In both cases, nothing about the product itself changed. But if the peer behavior around the product changes, so too does our appreciation of it.

Remember folks, it's all made up.
Also: Consider the Lobster (gourmet.com)
via mefi