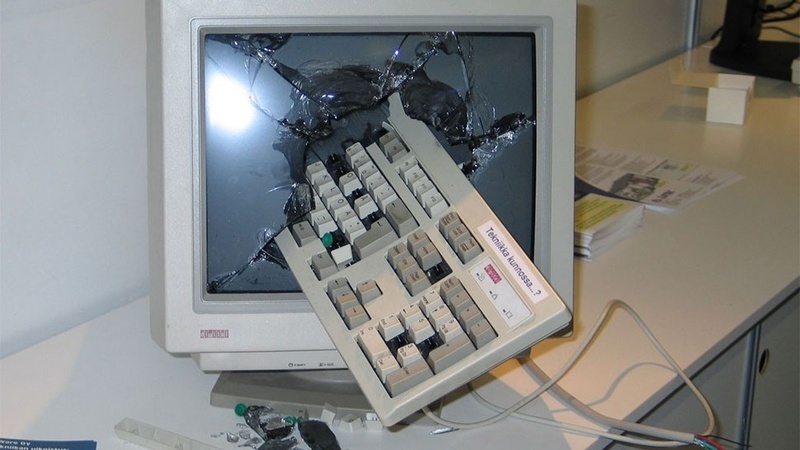 How is it that so few people care about PRISM? The out of control surveillance state sooner or later is going to hit the most vibrant part of the United States economy, the tech industry, and hard. The shutdown of secure email providers Lavabit and Secure Circle is just the beginning.

Earlier this month The Information Technology & Innovation Foundation (ITIF) published a prediction that the U.S. cloud computing industry stands to lose up to $35 billion by 2016 thanks to the National Security Agency (NSA) PRISM project, leaked to the media in June. We think this estimate is too low and could be as high as $180 billion or a 25% hit to overall IT service provider revenues in that same timeframe. That is, if you believe the assumption that government spying is more a concern than the business benefits of going cloud.

Having read through the thoughtful analysis by Daniel Castro at ITIF, we commend him and this think tank on their reasoning and cost estimates. However the analysis really limited the impact to the actions of non-US corporations. The high-end figure, assumes US-based cloud computing providers would lose 20% of the potential revenues available from the foreign market. However we believe there are two additional impacts that would further be felt from this revelation:

2. Non-US cloud providers will lose as much as 20% of their available overseas and domestic opportunities due to other governments taking similar actions.

We also agree with ITIF's recommendation that the US government needs to act quickly to set the record straight about what information it does and does not (already) have access to. And would add that it needs to reset the judicial-NSA relationship back to a more objective stance similar to what the founding fathers had in mind. 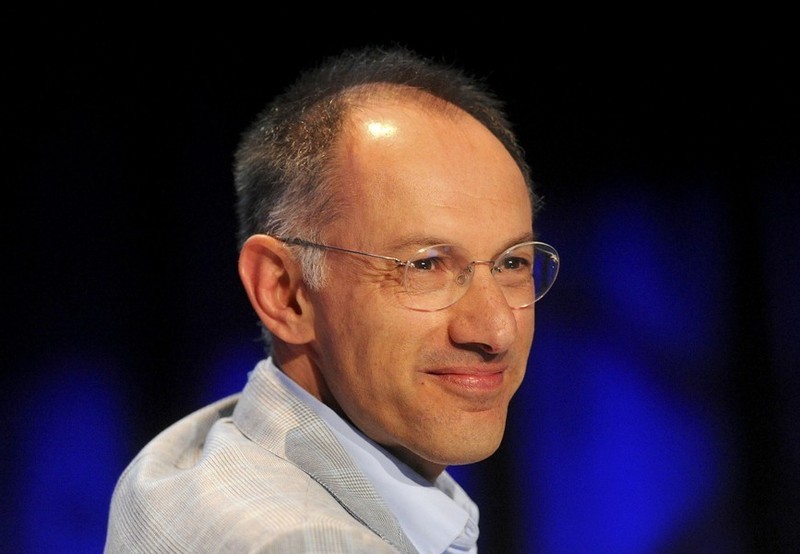 If Moritz is willing to take a different tack with his entrepreneurs, it's because he himself took a circuitous route into the industry in the first place. As he puts it, "My passport wasn't filled with the necessary stamps to get admission to Silicon Valley"--such as formative years spent at places like Intel or Hewlett-Packard or other techie training grounds. Born in Wales to German-Jewish refugees, Moritz initially chose a path that would likelier lead to poetry than to PowerPoint. He studied history at Oxford and edited the university's literary magazine. In pursuit of a graduate degree, he won a scholarship to the University of Pennsylvania, where he focused on history before enrolling in the Wharton School.

From the start in America, he stood apart from the crowd. Bob Bowman, CEO of Major League Baseball's online subsidiary, played rugby with Moritz at Wharton. "He would certainly have been the only one on the team who could find the Philadelphia Museum of Art," he says. Instead of shooting for banking or consulting jobs, Moritz took his MBA and went back to his writerly roots, joining Time magazine.

Moritz quickly became known as a guy who could cut through business-speak. Early on, the magazine dispatched him to Detroit to analyze the finances of the Big Three automakers. Moritz discovered that Chrysler was a mess and later captured it all in Going for Broke, a book he co-wrote with the Detroit bureau chief, Barrett Seaman. In 1982 he moved to San Francisco and performed the same tricks on the new economy that he had on the old. His next book, The Little Kingdom, explored the differences between hype and reality at Silicon Valley's then-golden company, Apple. "He was absolutely unafraid," says Seaman, now retired from Time and still a close friend. "He had the journalist's instinct to go for the jugular and not hold back."

Writing about money led Moritz to think about pursuing it. In 1984 he penned a profile of the venture capital industry's founding father, Arthur Rock. Moritz became enamored not only with the industry but also with some of Rock's mantras: He espoused investing in companies that were close to his office to reduce travel, keeping a tight rein on spending, and conveying, wrote Moritz, a "harsh sense of urgency." Months later Moritz quit Time, first to help start a VC newsletter and then to go full-bore VC.

In 1986 he persuaded Sequoia Capital's Don Valentine to let him have a crack at the business. Moritz knew that he'd be learning from one of the best. Valentine had started Sequoia in the early 1970s after peddling chips for Fairchild Semi-conductor and co-founding National Semiconductor. He was known for being particularly tough. Richard Shaffer, the editor of VentureWire and Moritz's former partner in the newsletter business, recalls hearing about a CEO who vomited after being on the receiving end of a Valentine tirade. (Valentine is unapologetic about challenging people.) Valentine also took a different approach from his peers on making investments: He bet on the racetrack, not the jockey. "My position has always been that you build great companies by finding monster markets that are in transition, and you find the people later," says Valentine.

He took a big gamble, however, on Moritz. One of Valentine's original partners, Gordon Russell, told him he was crazy to even consider hiring an ex-journalist. But in Moritz, Valentine saw a resemblance to another precocious go-getter he had observed at close range: Steve Jobs. "They're both incredibly aggressive questioners," says Valentine. "And our business is all about figuring out which questions are relevant in making a decision, because the people who are starting a company don't have a clue what the answers are. Steve always has been an incredible questioner. Draining, exhausting. Same characteristic that I recognized in Moritz."

Within a few years, Moritz became a full-fledged partner. He had done well: In 1993 he saw that PC makers would soon be outsourcing production and so pumped Sequoia money into Flextronics. But his big break would come two years later with his decision to invest in Yahoo.

Security expert Bruce Schneier on what has come to pass:

Imagine the government passed a law requiring all citizens to carry a tracking device. Such a law would immediately be found unconstitutional. Yet we all carry mobile phones.

The primary business model of the Internet is built on mass surveillance, and our government's intelligence-gathering agencies have become addicted to that data. 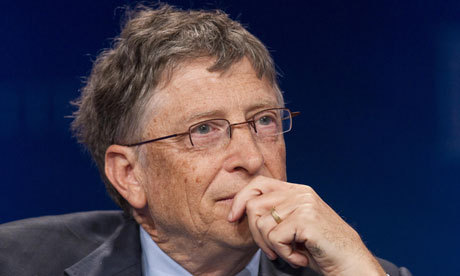 In a Businessweek interview with Brad Stone:

What have you learned so far about MOOCs, or massive open online courses? Are they a superior alternative to traditional classrooms, or is this the best available solution for students who can’t attend a traditional university?
If you look at who’s used MOOCs so far, it’s an elite phenomenon. The completion rates are very low, and the effect on employability is very low. Yes, it’s promising and exciting. But this notion that “just don’t go to school, just connect to a MOOC,” that’s like telling somebody to read the textbook. You’d have to couple that with student support, study groups, lab activity, and the credential. And until you complete that equation, MOOCs have not changed higher ed.

I agree. That's why we're seeing a lot more success with physical schools paired with new learning tech, e.g. Hacker School, General Assembly, and Insight Data Science Fellows.
In the words of Hillary Clinton: It takes a village.
Related: Ben Nelson, former CEO of Snapfish, has raised $25M to create a new form of university and aims to unseat Harvard as an elite institution. Ballsy. 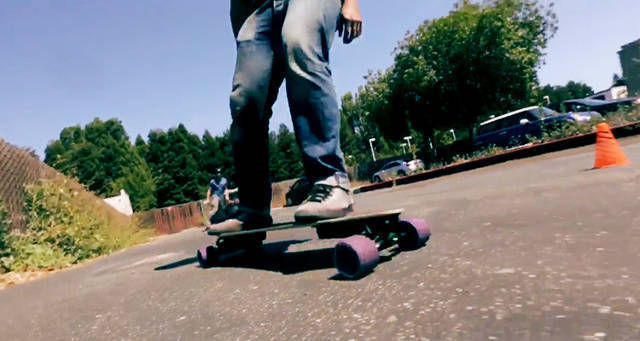 "Our vision for this is, 'Can you build more sustainable transportation in general that appeals to a larger and more global client?'" says Sanjay Dastoor, co-founder of Boosted. The 12-pound boards can go up to 20 mph (a self-imposed ceiling they created for safety reasons) and cover a distance of approximately six miles on a full charge. And while it is motorized, they have kept it so that the ride stays true to the boarding experience.