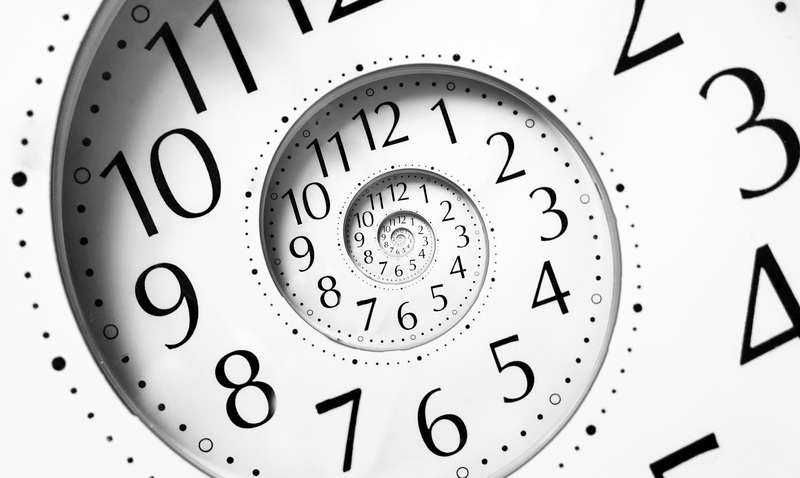 Benjamin Libet, a physiologist at the University of California, San Francisco did experiments in the 1950's that revealed how delayed our reactions just might be. Burkhard Bilger in the New Yorker, in a story about scientist David Eagleman, writes:

Libet worked with patients at a local hospital who had been admitted for neurosurgery and had had a hole drilled into their skull to expose the cortex. In one experiment, he used an electrode to shock the brain tissue with electrical pulses. The cortex is wired straight to the skin and various body parts, so the subjects would feel a tingle in the corresponding area. But not right away: the shock didn’t register for up to half a second—an eternity in brain time. “The implications are quite astounding,” Libet later wrote. “We are not conscious of the actual moment of the present. We are always a little late.”

Libet’s findings have been hard to replicate (zapping a patient’s exposed brain is frowned upon these days), and they remain controversial. But to Eagleman they make a good deal of sense. Like Kublai Khan, he says, the brain needs time to get its story straight. It gathers up all the evidence of our senses, and only then reveals it to us. It’s a deeply counterintuitive idea in some ways. Touch your finger to an ember or prick it on a needle and the pain is immediate. You feel it now—not in half a second. But perception and reality are often a little out of register, as the saccade experiment showed. If all our senses are slightly delayed, we have no context by which to measure a given lag. Reality is a tape-delayed broadcast, carefully censored before it reaches us.

“Living in the past may seem like a disadvantage, but it’s a cost that the brain is willing to pay,” Eagleman said. “It’s trying to put together the best possible story about what’s going on in the world, and that takes time.”

Related: Why you don't remember your commute (lifehacker.com)