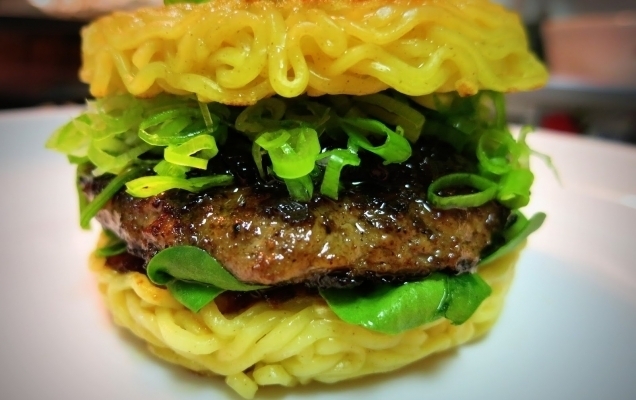 Keizo Shimamoto, the star of the short film Ramen Dreams and the Go Ramen! blog scribe, used to make ramen burgers in Tokyo when he was chef at Bassanova there. Now the American-born noodle fanatic is back on these shores, and he's bringing his ramen burgers - which wowed Vice in a "Munchies" segment - to Smorgasburg on Saturday. As Shimamotodescribes it on his blog, his creation is a "fresh USDA Prime Burger Maker patty glazed with a secret shoyu sauce and sandwiched between scallions, arugula and two craftily formed buns made from Sun Noodle's freshly cut ramen noodles." He's only making 100 of these guys, so get down there early.