One surprising stat from Economist Joseph E. Stiglitz in the NY Times:

In America, nearly one in four children lives in poverty; in Spain and Greece, about one in six; in Australia, Britain and Canada, more than one in 10.

Digging in a bit, I found a UNICEF report that showed more detailed data. The US is the 2nd worst in terms of percentage of children living in poverty — the only industrialized country that's worse is Romania at 25%. 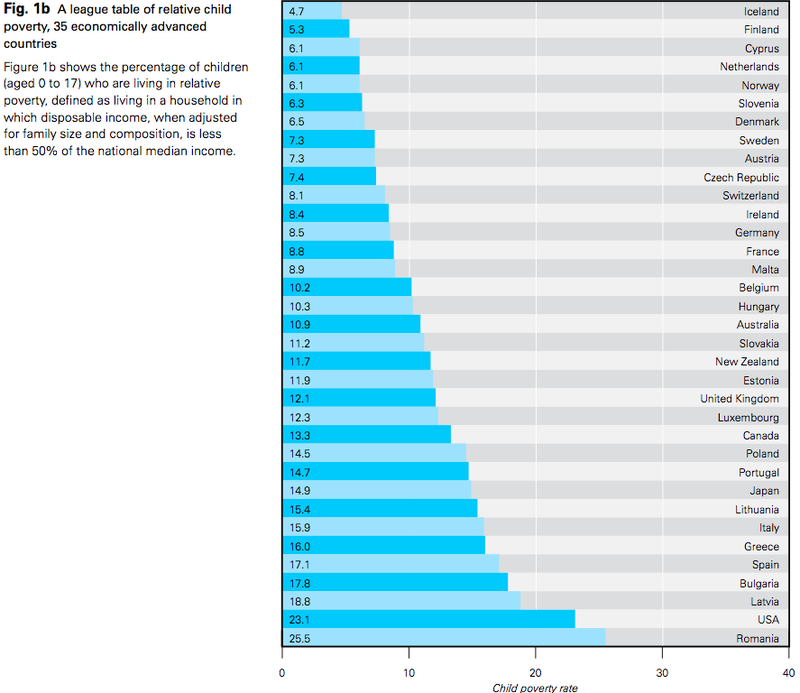 In the end, the US spends less money on social benefits to the poor (1.1%) than most everyone else— the only OECD countries who spend less as a percentage of GDP are Lithuania, Latvia, Greece and Malta. Canada does a bit more at 1.4%, while Australia is at 2.4% and the UK leads at over 3.6% of GDP. 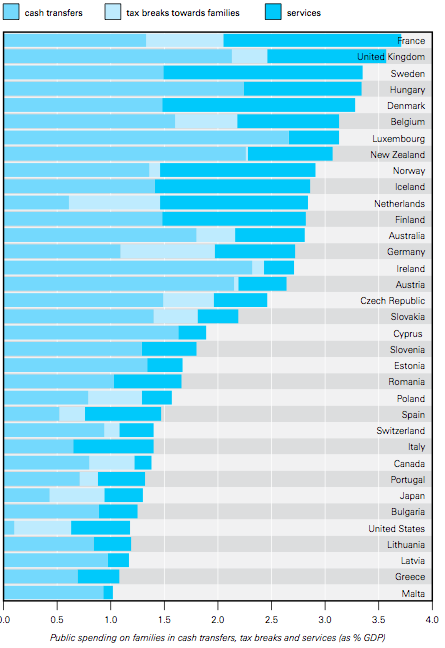 During the great depression, the US poverty rate was roughly 32% — so we are off our all time worst, but only by about 10%!
views